A history of the Franklin, Vermont Town Clock

The story of Franklin Vermont’s Town Clock begins with one of Franklin’s farm families.

Arthur Samuel Hendrick was the third child of Lyman and Lydia (Robie) Hendrick.  He was born January 25th, 1860, and his siblings were George, Walter, Eunice, and Helen, all born in Fairfield, Vermont.

Ida Marie Robie was the daughter of Jonathan and Mariette (Bliss) Robie, born in Franklin, Vermont. 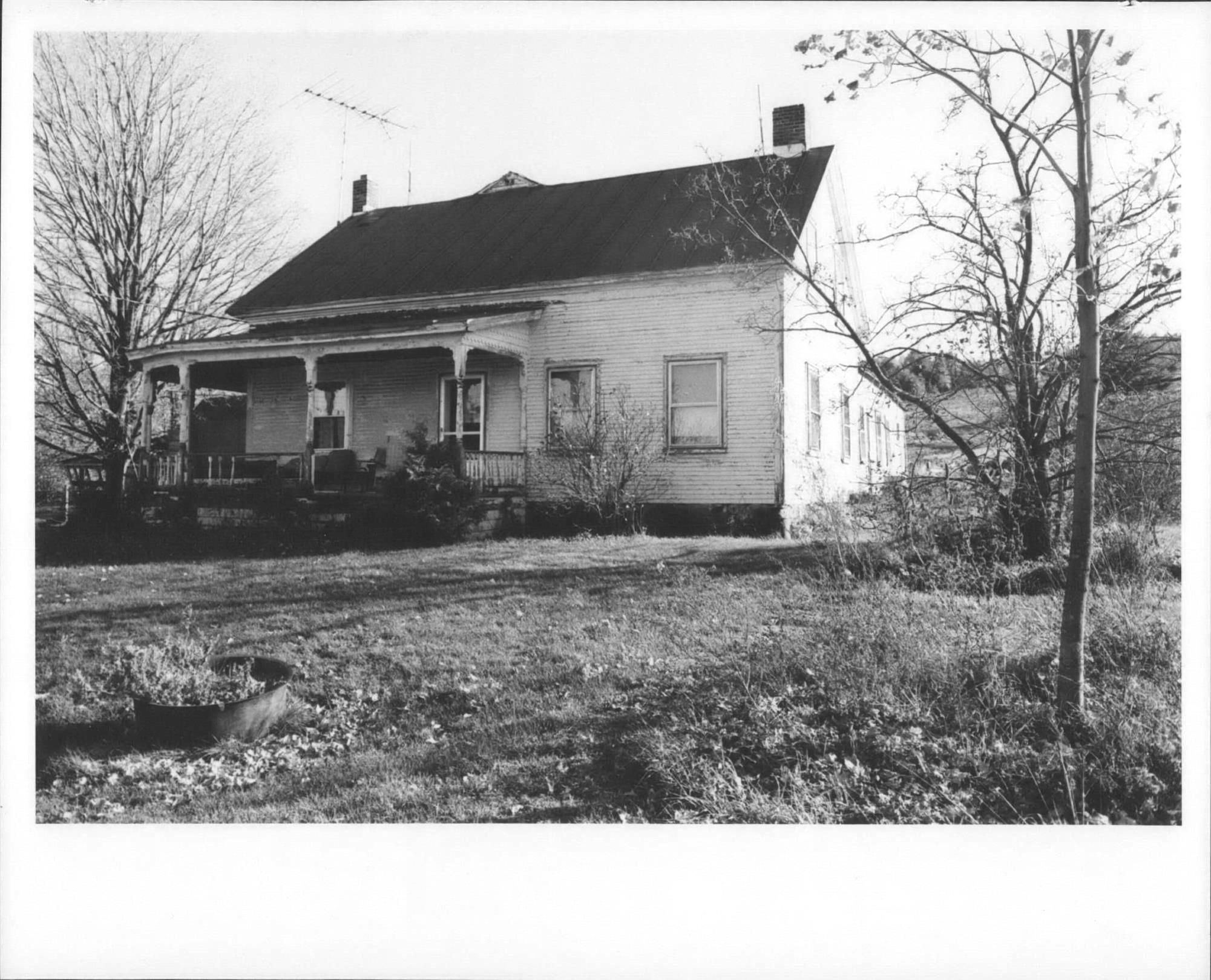 Arthur married Ida M. Robie on June 14th, 1894, in Franklin, VT where they lived.  They had two sons, Donald Robie Hendrick, b. July 14th, 1897, and Kenneth Bliss Hendrick, b. March 14th, 1902.  They lived on the old Robie farm on the Line Road, now known as Gallup Road, which had been deeded to them by her parents, Jonathan and Mariette.

Donald was a good student while attending school in Franklin.  He went for further education at Montpelier Seminary and then Mount Hermon Academy, to prepare for entering college.  He began his freshman year at the University of Vermont in the fall of 1920.  At the annual freshman-sophomore activities, referred to as “proc night”, he was participating in a boxing match during which he fell from the mat and hit his head on the floor.  He died the next morning from his injury.

His parents found themselves unable to spend Donald’s life insurance on themselves, so they purchased the model #15 Seth Thomas tower clock which was given to the Town and placed in the steeple of the Methodist Episcopal Church in Franklin. 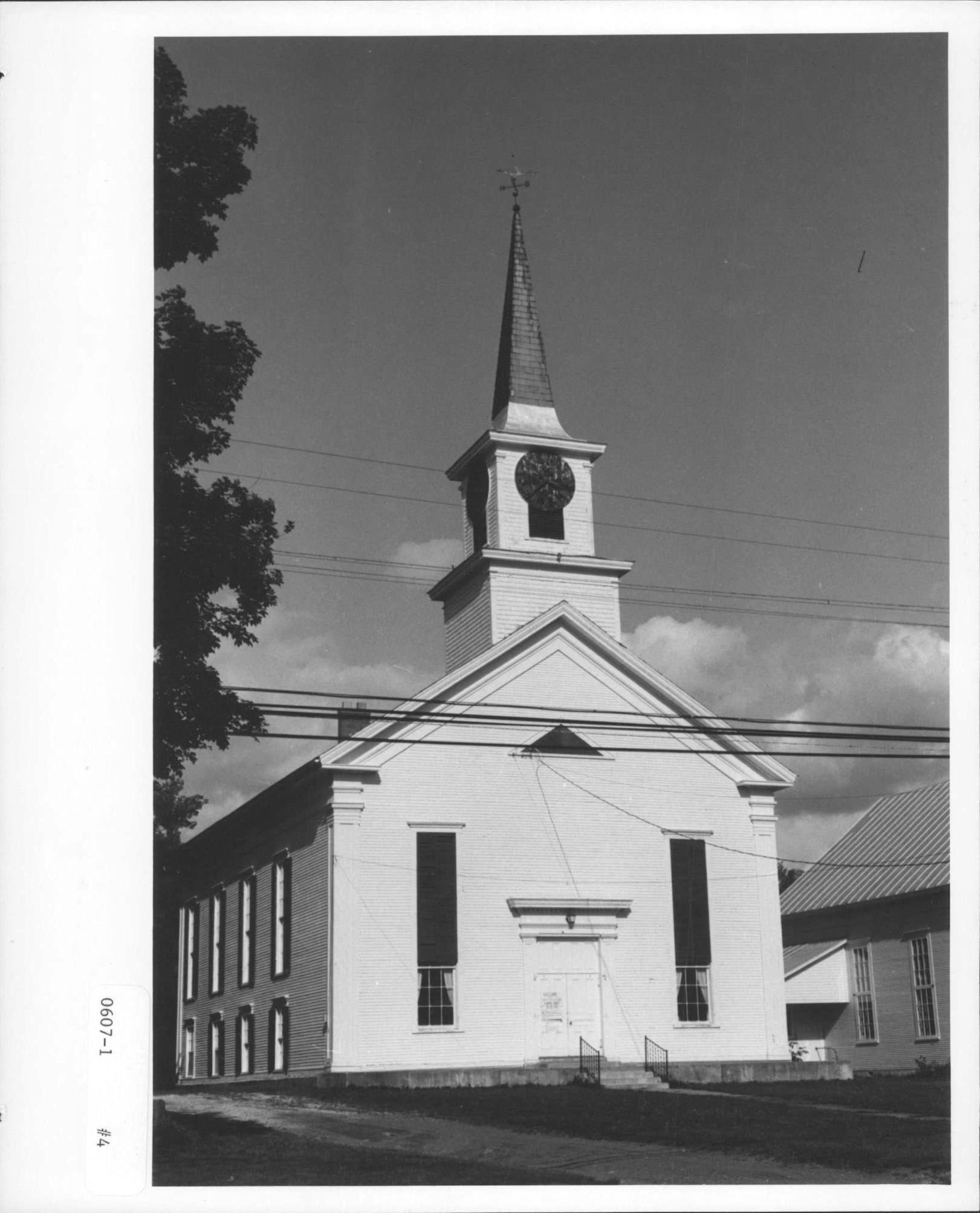 At the Seth Thomas Clock Co. in Thomaston, Connecticut, the production order was written on February 24th, 1921, for a #15 hour-strike tower clock to be produced and shipped to A. S. Hendrick freight collect by Central Vermont RR to Sheldon Junction, Vermont.  The clock was produced and then shipped in June.

During Donald’s time as a freshman at the University of Vermont, he quickly became known as a willing and capable leader among his classmates.  As such, he was chosen to lead his class in the annual Freshman-Sophomore festivities known as “Proc night.”  Proc night was the time when the new pledges would “rush” the fraternities.  It was also a time of competition between the classes.  Proc night also involved athletic competitions.  It was during one of these athletic competitions, a boxing match, that Donald fell off the mat and struck his head on the hard packed dirt of the gymnasium annex.  He lost consciousness and died the following morning from his injuries.  His opponent, who was a close friend, was deeply affected by Donald’s death.

The university dismissed classes and held a memorial service for Donald, which was attended by many members of Alpha Tau Omega, the fraternity which Donald was pledging.  Donald’s funeral was held Wednesday, November 24th 1920 in his home town of Franklin.  The fraternities postponed all social events until after Christmas out of respect for the memory of Donald.

State’s Attorney Allen Martin conducted an investigation into the circumstances surrounding Donald’s death, during which numerous witnesses, including both faculty and students, testified and the death was ruled accidental.

The Seth Thomas Clock Company was established in 1813 in Thomaston, Connecticut.  The Model #15 is an eight-day strike, meaning it strikes on the hour and will do so for eight days on one winding.  The assembled clock is 50 inches wide, 28 inches deep, and 58 inches high.  The pendulum is 4 feet long and the pendulum ball weighs 75 pounds.  The assembled clock movement weighs approximately 1000 pounds.  The weights and cables add another 900 pounds.

At one time, there were 31 Seth Thomas Tower Clocks in Vermont, although that number has declined due to age and cost of maintenance.  The clock had begun to be irregular in its running, so in 2011 the Town applied for a grant to renovate the clockworks, but did not receive the grant.  Some general fund money combined with donations enabled the Town to proceed with repairs.  The works were thoroughly cleaned, worn parts replaced, and adjustments made.  Despite these steps, the clock continued to function irregularly.  Further adjustments were made periodically, but it was not until 2017 that the clock was finally running reliably.

Keepers of the clock:

The clock has to be wound once each week.  Winding the clock involves turning the crank handle which turns the drum around which the cable is wrapped.  That cable goes around a set of pulleys that lift the weights.  There are two such drums, the larger one for the ringing of the bell, known as the strike side, and the smaller one for the time mechanism, known as the time side.

Over the years, many people have been responsible for the week-to-week operation and maintenance of the Franklin Town Clock.  From town records, it is believed that the care and winding of the clock were performed by Donald’s father, Arthur Hendrick, and the later keepers were as follows:

Franklin’s Town Clock will be 100 years old in June of 2021.  Over the years the hourly sound of the clock’s bell has become a cherished part of the Town of Franklin.  Many generations of Franklin citizens have become accustomed to its chime.  Those who grew up with its comforting sound miss it when it is absent.  With a lot of care and a bit of luck, may the clock chime for another 100 years, and memorialize a beloved native son, Donald Robie Hendrick.